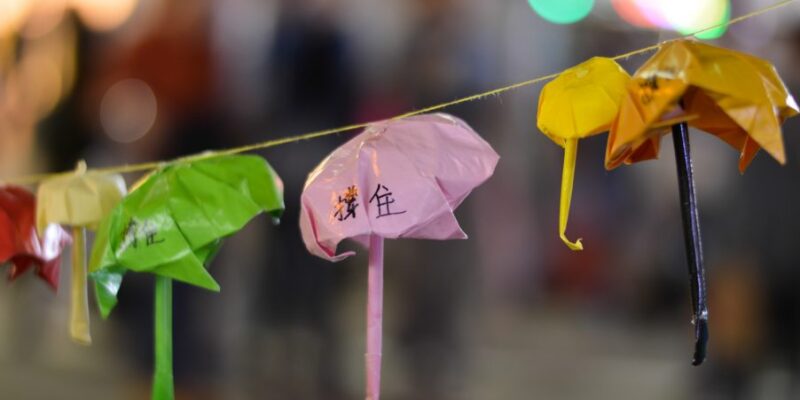 Excited about the Chungking Jungle

“You really like sad and weird movies, don’t you?” I heard it from someone, who received a couple of recommendations from me few weeks ago. They were not particularly cheerful or conventional. I must admit. I have never looked at my taste in films from this perspective though. Of course.. this can be one way of putting it. I generally struggle to mention my favourites on a spot, let alone make sure that I include any shiny happy titles!

Although I often enjoy major Hollywood productions, it is fair to say that a lot of the films that made a great impression on me are not necessarily popular or very well-known. I would certainly add to this list some of early films made by Wong Kar-wai, a Hong Kong director. Happy Together, Chungking Express, In the Mood for Love, just to name few of them. I discovered his visually seducing work when I was still in high school. It now comes back to me as I plan a trip to the city that I admired in his films.

I have always been a big fan of Chungking Express. It is a romantic and quite a crazy story set in the concrete jungle of Hong Kong. I watched it for the first time in a small cinema with a handful of people around me. It was ages ago and I still remember its incredible energy. A memorable and quirky main character called Faye was the highlight. The fact that California Dreamin’ is the song she plays on a repeat all the time was fantastic.

It’s not The Mamas and The Papas what I am constantly listening to but as it gets closer to my trip the excitement rises. On a good day, just like Faye, I am also doing a little dance. It is more likely to the amusement of my neighbour, who lives across the street. Hey man! I don’t care! It’s Hong Kong dreamin’!

Around Kathmandu on a Microbus

In the Surreal World of Dalí

Exploring the North Situated in northern part of the country, in a valley ...

When I was planning my trip the idea of spending 40 days in ...

10 Cool Places to Eat and Drink in Poznań

The Art Museums in Raval

4 Cities Not to Miss in Catalonia