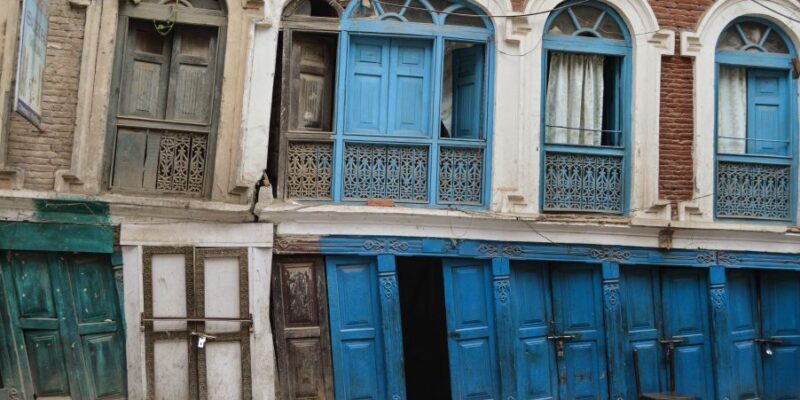 “Is it the first time you are visiting Nepal?” asked a man sitting next to me on a plane when we were about to land. Was it really that obvious? Well, I tried to get my landing card from under a seat last minute. More likely looked hilarious and possibly concerning. It was actually reasonable of him to wait with this question until I was back in my seat rather than ask it earlier when I was getting trapped in that small space in front of me.  By the time we exchanged pleasantries the plane has touched the ground and my new adventure in Asia has started.

Once in Kathmandu I was in the haze of dust, surrounded by honking cars, loud motorbikes, rattling rickshaws and the crowds of people that squeeze through the narrow streets of the old city. “What is the name of this street? Where are all the signs?” I decided to pay attention to what restaurants, shops or unusual buildings I am passing by to somehow figure out not only how to get from one place to another but also to retrace my steps.

A collapsing building in Kathmandu

Exploring the Old Town of Kathmandu

Thamel is a bit of a tourist trap, packed with bars, shops and restaurants. Hippie trousers, pashmina scarves, yak blankets, tanka paintings…? You want it, they got it! With a limited space in my backpack I was only after a water bottle, water purifying tablets and a trekking pole to complete my list of trekking essentials. There is plenty of shops that specialise in selling in this type of equipment both in Kathmandu and Pokhara. Even when arriving in Nepal in a pair of flip-flops, a vest and summery shorts you can easily buy everything you need to trek in the Himalayas. Just make sure you do if that is the case! 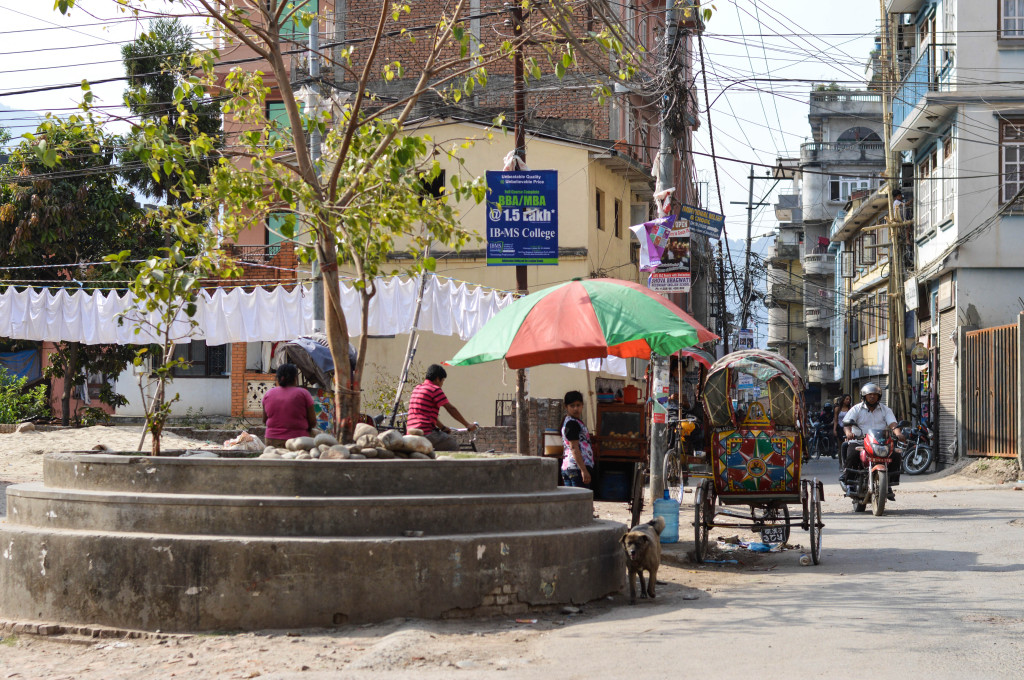 In Kathmandu’s area of Chhetrapati

After few hours of walking around Kathmandu the dust from under the wheels became so unbearable that I seriously considered buying a mask from one of street sellers. Instead I decided to pick a place for a late lunch and enjoy Nepalese staple food – dhal bhat. It consists of steamed rice, a lentil soup and curried vegetables. Occasionally it can be served with a fiery pickle and a portion of a soothing curd. The extra helpings go almost without asking and it is delicious. Definitely on a list of my food heavens! 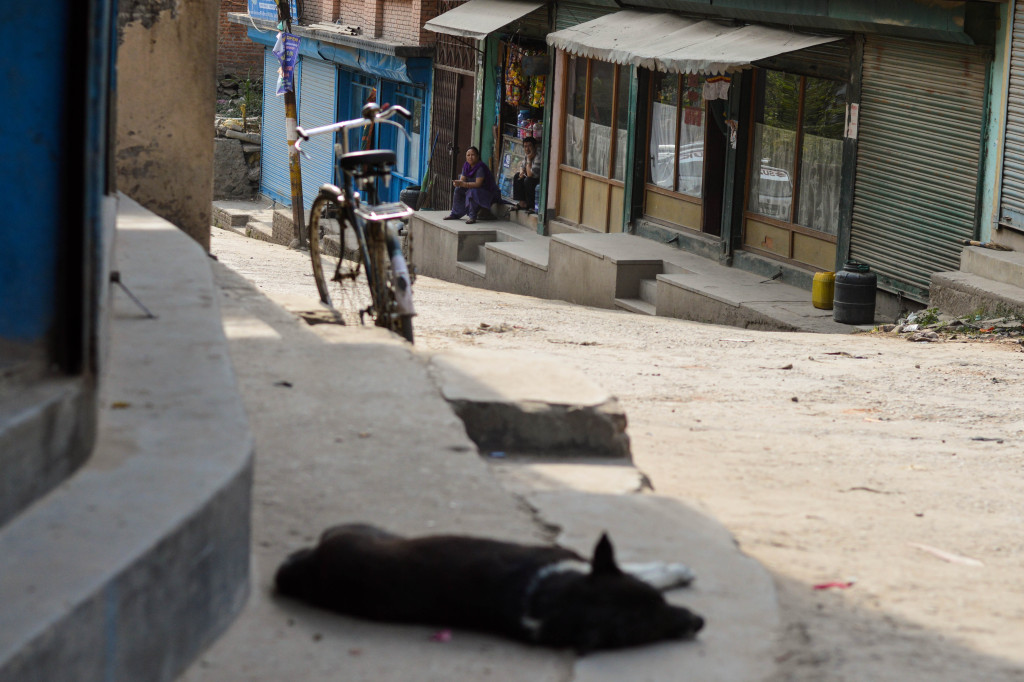 When it Goes Pitch-Black

By the time I finished my meal and picked up some snacks for my trek the streets were getting dark. It maybe took couple of minutes for the sun to set completely down, basically leaving me with just a bit of lighting from the shops. Nepal has problems with electricity. It even operates a policy of scheduled power cuts. Ending up in the street that was pitch-black should not really come as such a surprise to me. I completely lost my sense of direction. Luckily I carried a small map with me. After asking three different shopkeepers for directions along the way I made it to my hotel. I managed even doing it without stepping on any street dog or tripping over. That way I would surely be covered in all that dust!

Outside the Old Town

Hanoi – A Frantic Capital of Vietnam

Pokhara – A City of Scenic Views

The Ancient Paths of Priorat

A Glimpse of the Tibetan World in Shangri-La