Gràcia is a charming and fairly bohemian neighbourhood of Barcelona that only at the end of the 19th century became a part of the city. What is special about Gràcia is not only its village-like feel but also incredible community spirit – definitely a driving force behind famous Festa Major de Gràcia.

This lively fiesta is one of the largest festivals of this type in Barcelona. Even though la fiesta de los Coros in Barceloneta can get very busy and noisy, it is the Gràcia Festival and its street decoration competition that attracts the curious crowds. Within my circle of friends it is the fiesta that we always look forward to the most. 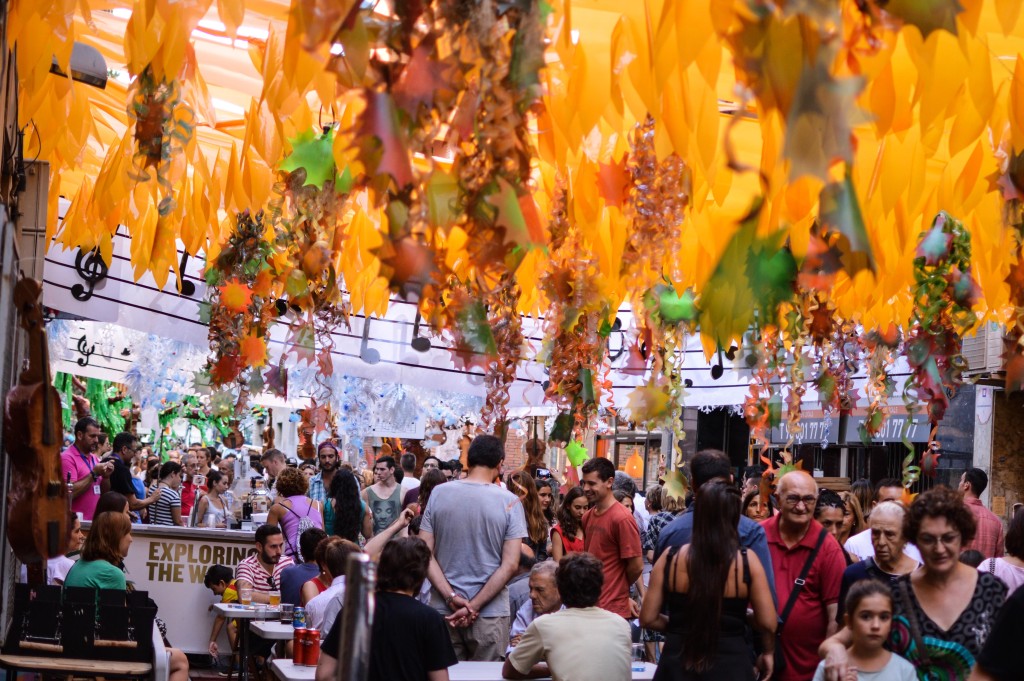 Although some link Festa Major de Gràcia to the Assumption Day or patron saints like San Isidro, the Farm Labourer or San Roque it is not very clear if these festivities have strong religious roots.

Every August this week-long party takes over the streets of Gràcia. Local bars and restaurants set up pop-up stalls with cold drinks, sandwiches and snacks. Oh yes.. vermouth, fizzy soft drinks and beer on tap quench the thirst.

This year 18 streets and squares participated in the street decoration competition. With some additional balconies and windows covered it transformed the neighbourhood yet again into a colourful and fun place. 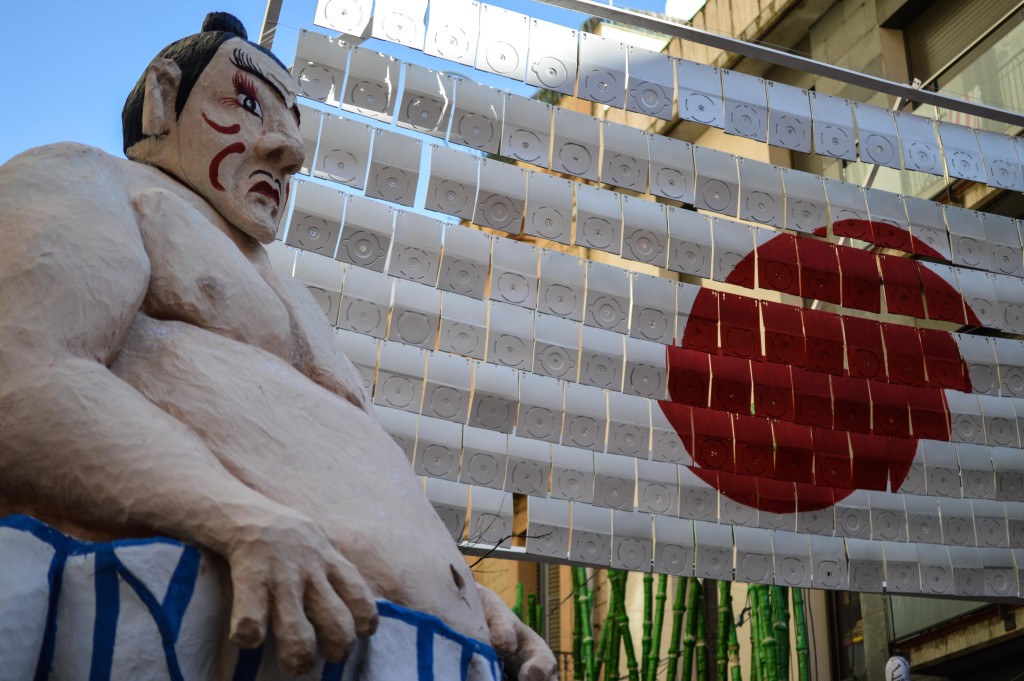 The associations of residents plan and prepare in advance of the fiesta and their effort and enthusiasm are worthy of respect and admiration. This year Carrer Joan Blanques de Baix welcomed people at its amusement park, Carrer Providencia paid homage Vivaldi’s Four Seasons and Carrer Verdi del Mig embraced the Japanese theme with huge statues of the geisha and sumo wrestler at the entrance. 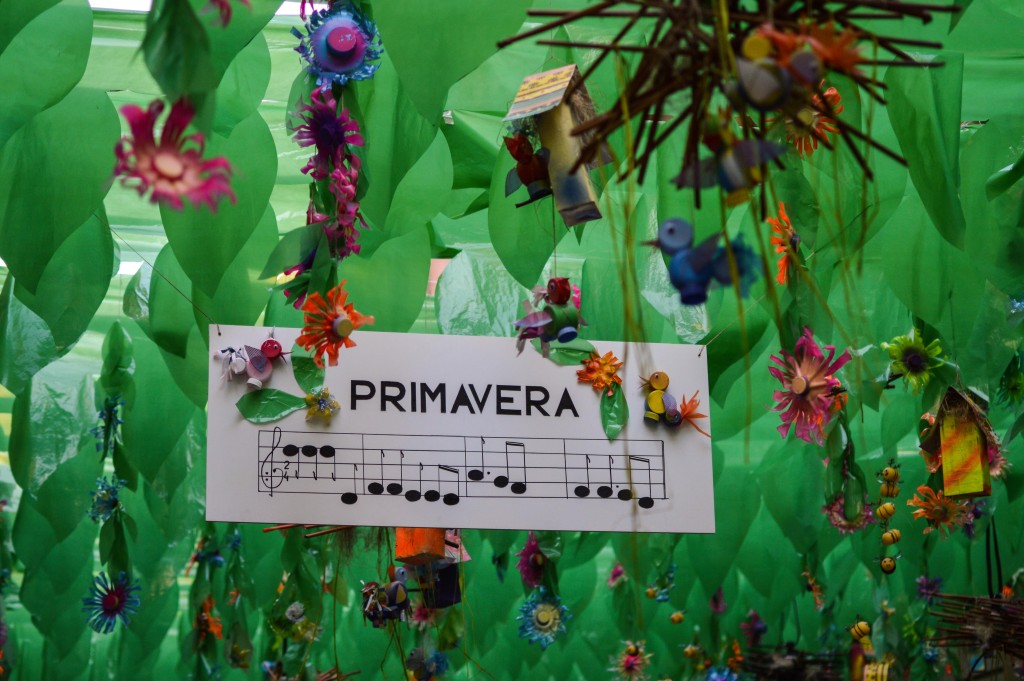 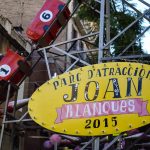 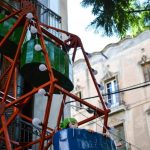 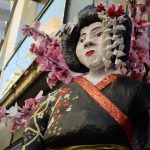 A statue of geisha on Carrer Verdi 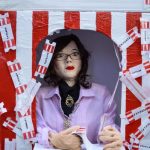 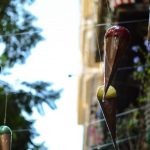 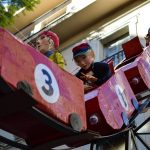 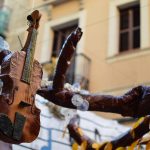 The Four Seasons in Carrer Providencia 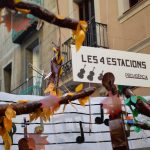 While walking the streets I was also taken to Paris, entered a trippy jungle and tried guessing the names of the artists and art pieces in Plaça Rovira i Trias where they opted for a very arty theme.

The Gràcia Festival is designed for all ages and offers a variety of concerts, exhibitions and workshops. Although some streets can get a little bit crowded the event is well-organised and interesting to visit during the day as well as in the evening.

How to get there:

For more information (in Catalan though!) visit the official website. 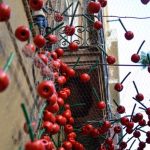 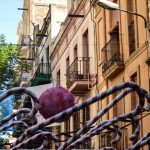 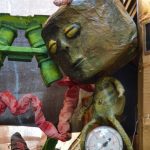 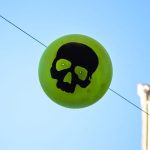 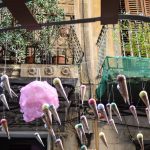 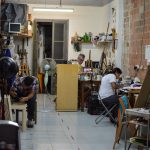 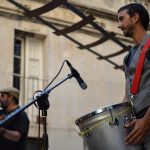 Where to eat in Barceloneta

Seville – A city full of character