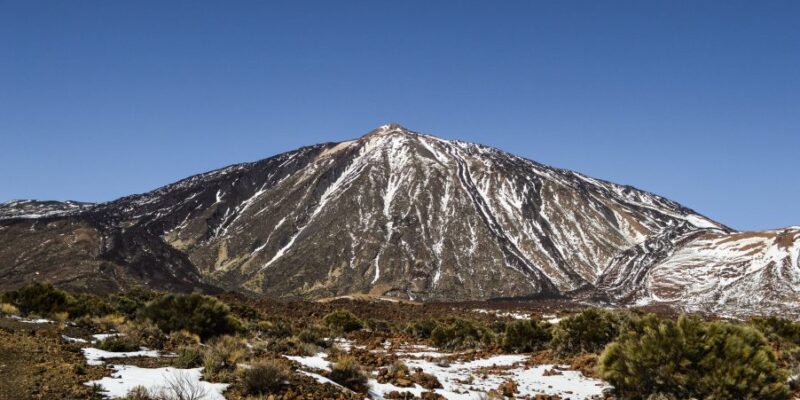 Tenerife is the largest of the Canary Islands.  It’s very popular with sunshine-loving tourists, especially during the cold and dark winter months. During my trip in February I decided to look beyond beach resorts. I opted for exploring its wild landscapes and see the vertigo inducing views.

Mount Teide is the third largest volcano in the world and Spain’s highest mountain. The mountain and the surrounding National Park was at the top of my list of places I wanted to visit. That was actually the case from the moment I started to plan my trip. Already in December I knew that obtaining a permit to hike up the mountain would not be possible. Mainly due to snow and ice plates around. There was, however, an important piece of information unknown to me when I arrived in Tenerife. The roads accessing Teide from the north of the island were closed. A man working at the Tourist Information Office in La Orotava reluctantly shared the news with me. Luckily I went there to ask few questions, just to be on the safe side about my next day’s plans. It seemed like I was on a wrong side of the island though. 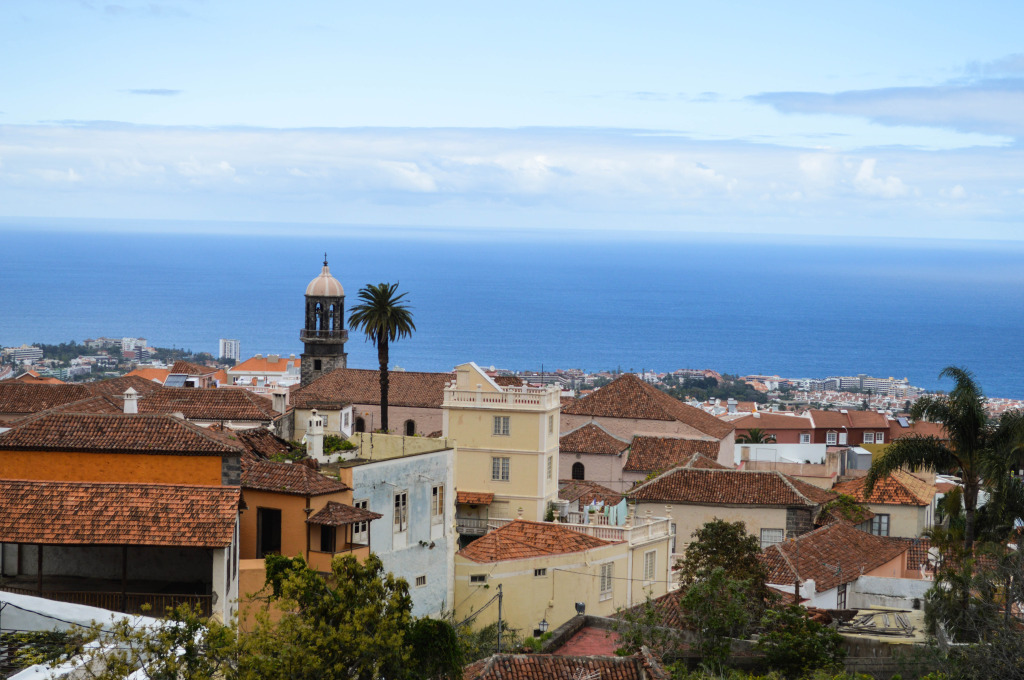 After few minutes of walking back to Titsa bus station I made a decision that the snow was not going to spoil my plans! Together with a man working at the office there, with his broken English and my basic Spanish, we came up with my new plan of reaching Teide National Park. It got more complex. It now involved two bus rides rather than one and would take me from Puerto de la Cruz to the south of Tenerife via Los Cristianos and Vilaflor. Oh well, at least I got a chance to see other places.

Waking up before six o’clock to catch my morning bus was not an issue. The resort was quiet, peaceful and quite cold at that time of the day. When I finally arrived at Los Cristianos it turned out that I was not the only one in a similar situation. There were also other people, who booked a place to stay in the north of the island and did not want to miss the opportunity of seeing one of Spain’s Twelve Treasures.

A very friendly British couple from Exeter wondered if anyone else except them would be crazy enough to get up before six o’clock and spend over an hour on the bus to reach this high destination. Oh, yes – me! In the end it was extremely rewarding to see this majestic view. On a clear day I would admire the Atlantic but on that Saturday Teide was immersed in the ocean of clouds. 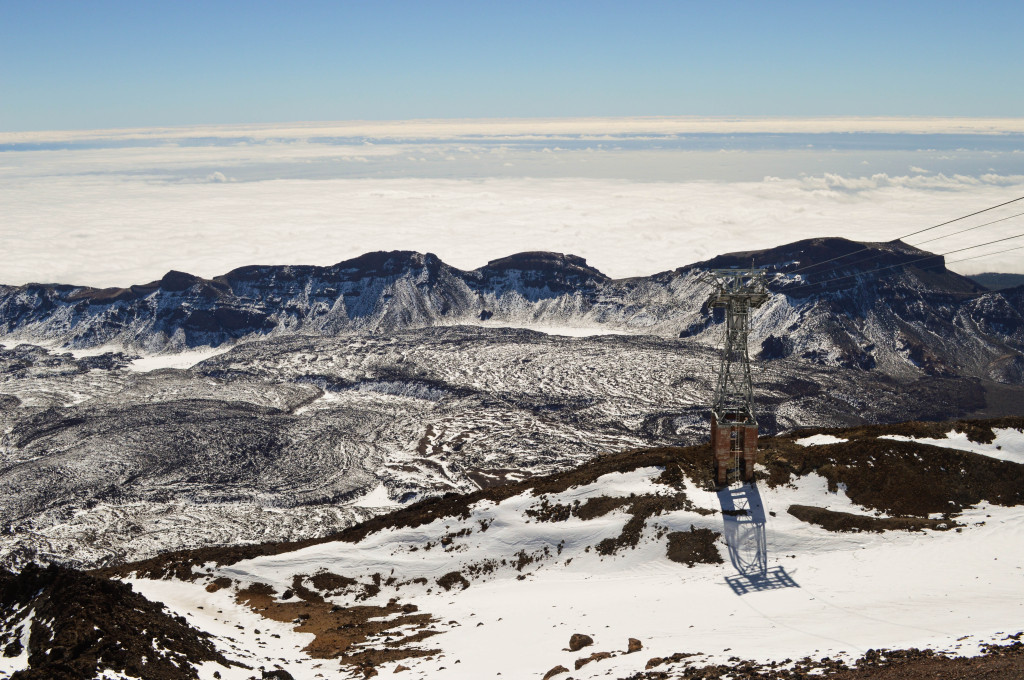 Without the permit and inaccessible summit I had to resort to going up to the top using the cable car, Teleférico, and hiking in Teide National Park. In practice it proved to fit around the public bus timetable very well. It gave me enough time to appreciate the landscape, take pictures and burn my nose from the blazing sun.

Although during my stay on the island I managed to get to all the places using public buses, renting a car offers more flexibility. It’s worth considering for any drivers comfortable with the serpentine roads. My hiking companions booked accommodation at the hotel in Teide National Park. It certainly allowed them plenty of time to explore it and more likely gaze upon the stars later that evening.

On Sunday, following my friend’s advice I planned an adventurous hike. It was through a gorge from a small and picturesque village of Masca down to the beach. I took a bus from Puerto de la Cruz to Santiago del Teide and hiked to the village. It’s however also possible to reach it by bus. Walking additional 5km seemed like a good warm up. I couldn’t refrain from admiring the views while on the road. This time Teide was all covered in snow. Except the rough waters of the Atlantic Ocean I could see in the distance another Canary Island, La Gomera. 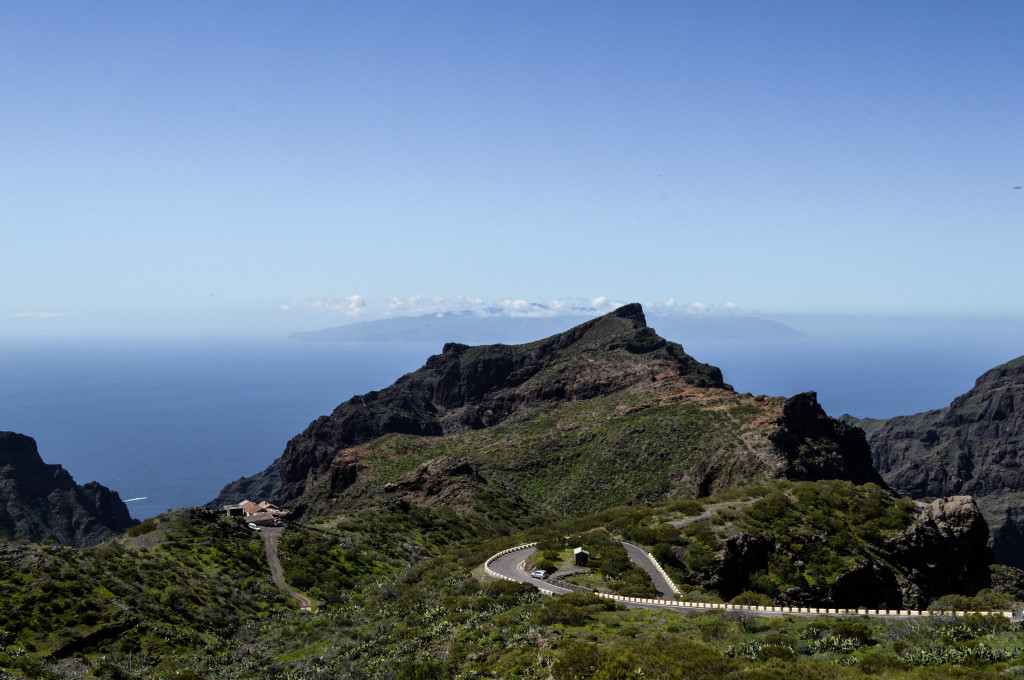 The Masca walk was demanding with its steep paths, very basic signage and a stream that gets fairly large at times. It took me around three hours with almost no break to hike. There were moments when I had to use the chains to be able to pass. It’s important to be well-prepared and reasonably fit. At times I wished for a helping hand but experiencing the silence and peacefulness of the gorge on my own was very fulfilling. I came across only a handful of people. We all shared the excitement of reaching the shore as well as the boat to the nearby town of Los Gigantes.

On my last day before taking the plane back to Barcelona I visited La Laguna. I wished I had more time to explore its charming city centre. Together with La Otrava it provides a far more authentic Canarian experience than other towns. It proved to me that Tenerife has to offer a lot more than just the tourist-packed resorts and the winter sun.

To view more pictures from this trip visit my Flickr.

Without a Safety Net

10 Things To Do in Madrid

Pokhara – A City of Scenic Views