Berlin – Diving deep into the sound

Not at her desk is all about storytelling, collaboration, inspiration and most importantly about passions. I am very happy to introduce my first guest, Katy and her perspective on the music scene in Berlin, without any doubt a place where she is in her element and can follow her passions.

A guide to Berlin’s alternative treasures by Katy Peichert

A summer in the city that never sleeps can be a very intense experience. Short and often very hot days turn into nights and warm nights into days just in the blink of an eye. A growing number of tourists visits Berlin too. This year it has been considered the third most visited city in Europe after Paris and Rome.

END_OF_DOCUMENT_TOKEN_TO_BE_REPLACED

At the Berlin Wall Memorial

The symbol of division

Last year marked 25th anniversary of historic political changes in Eastern Europe and Berlin due to its significance was at the heart of it. Poland celebrated its silver anniversary on the 4th of June. Although I do not remember the 1989 parliamentary elections, I will never forget my parents’ excitement the following year, when they finally had a chance to vote in the first democratic presidential elections.

As Communism began to falter and the changes behind the Iron Curtain were in motion, the 9th of November marked the fall of the Berlin Wall. It became a powerful symbol of the end of the Cold War and the end of an era.

When visiting Berlin it is difficult to omit any of its landmarks related to the Wall. They are an important part of the city and they are certainly very influential. Cutting-edge developments, alternative spirit and creative energy? Yes, Berlin has it and to large extent because of its past.

END_OF_DOCUMENT_TOKEN_TO_BE_REPLACED

The scars of the past

The idea about visiting an abandoned US spy station in Berlin was in my head for a long time. Finally in January, on a first day of the New Year, I had a chance to take a trip up the Devil’s Mountain, the Teufelsberg. Exploring the remains of that interesting Cold War’s relic was a slightly chilling, very exciting and even more memorable experience. What a way to start 2015! 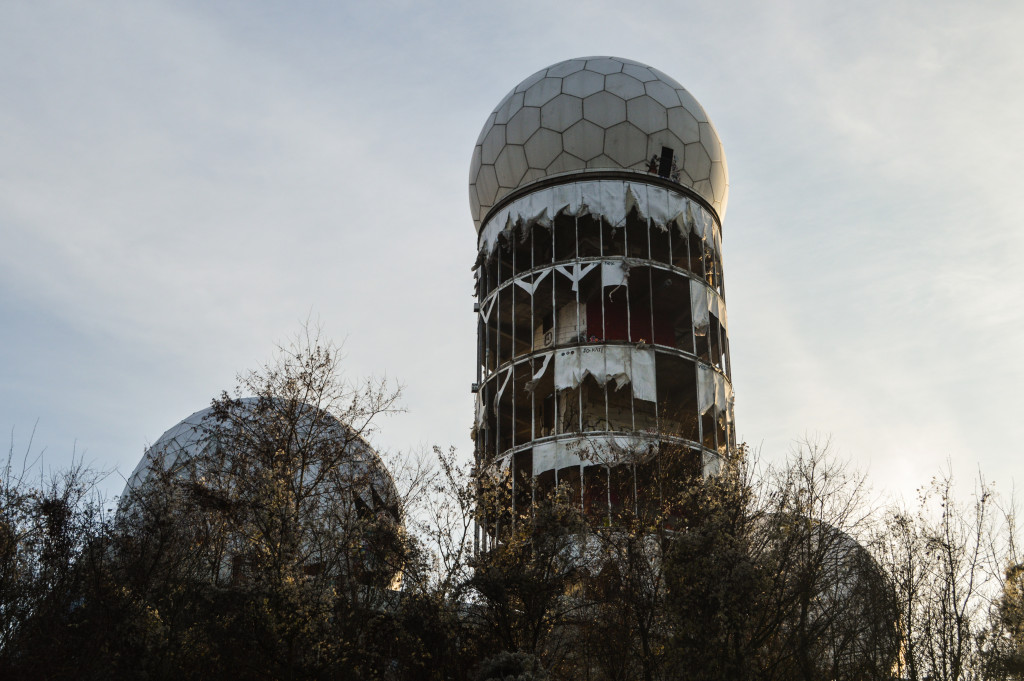 Surrounded by the Grunewald Forest, Teufelsberg is a popular area to drop by during the weekend. It has its genesis in turbulent history of the 20th century though. The name of the hill is taken from the nearby Devil’s Lake and it was made out of the war rubble. There is also the never completed Nazi military-technical college buried underneath it. A layer on top of another layer of the past.

Radar dome at the Teufelsberg