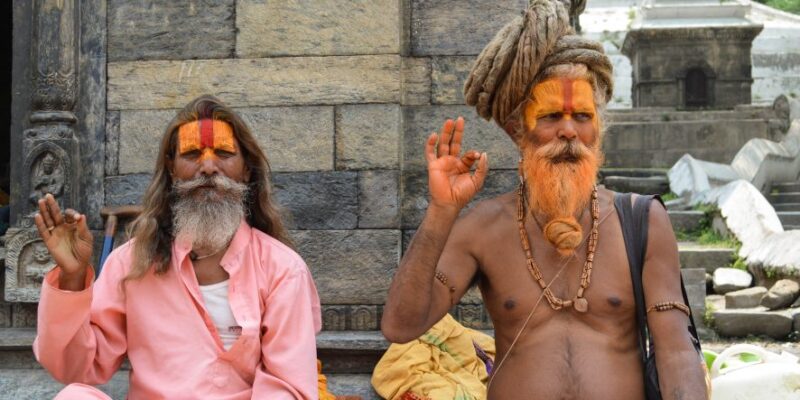 Are you Going to Boudhanath?

Once I have seen the main sites located centrally in Kathmandu I ventured out of the city. My plan was to visit Boudhanath and Pashupatinath Temple. Although hiring a car with a driver or taking a taxi can be an option to get around the capital city of Nepal, I decided to opt for a microbus. It was cheap, quick and very local.

In order to catch my bus I walked to Kantipath. It’s a busy road in Kathmandu, and I actually spent few minutes to figure out if any buses were actually heading towards Boudhanath. There was no official stop or signs in sight. Each microbus was slowing down by the side of a street, not stopping. I had to quickly grasp what was being shouted out by each boy announcing the route. If I could not pick it up among the other names I just shouted a question back. That was my way of making sure that they cover my destination on their list of stops.

How many people can you squeeze into a microbus? That was a question that popped into my head when I was already on board. I definitely lost count after the eighth person. I decided to exchange polite smiles with a woman and her baby sitting opposite me instead. A toddler was staring at me with her kohl-painted eyes. I later found out that some Hindu parents paint their children’s eyes black to keep away bad spirits. 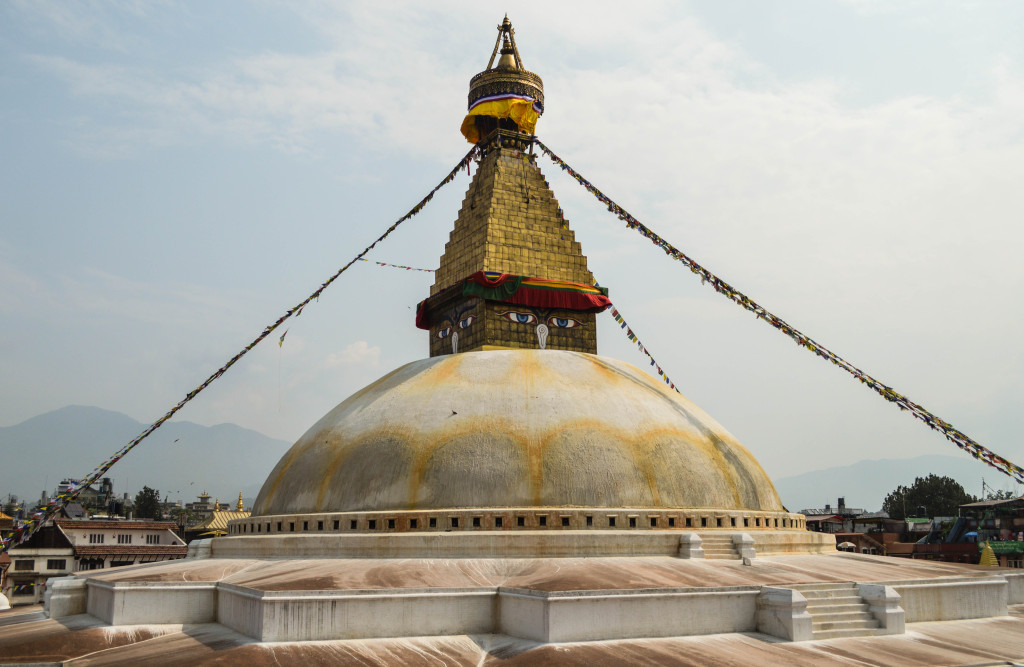 Boudhanath, also known as Boudha, is a heart of Tibetan Buddhist community. It’s also a home to one of the world’s largest stupas. Although the Great Stupa is less embellished than the one at Swayambhunath, it oozes a more grand quality and ambience. Maybe it was a presence of monks, pilgrims and holy smoke that made this impression on me. Especially, while I was out there listening to their prayers. It is a shame though that this site is surrounded by many souvenir shops and restaurants. There is clearly no escape from these types of attractions even for the holiest Tibetan Buddhist temples. 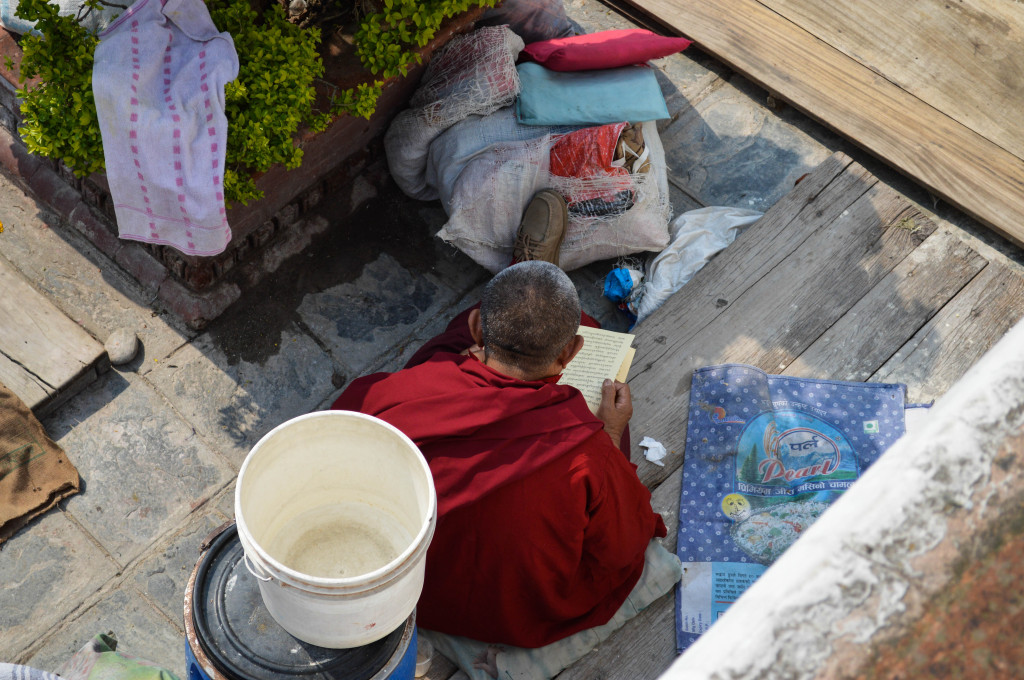 After a short bus ride I reached Pashupatinath, the oldest Hindu temple in Kathmandu. It’s famous for the open air cremations and Sadhus, the holy men. How little did I know when planning this short trip. I certainly didn’t expect that I will see a cremation up close… taken by a local guy by the riverbank ghats. It is not a typical or a legal way of entering the temple complex so I cannot say that I recommend it. It was a very memorable experience for me though. Even the deepest breath I could take to walk by these burning bodies did not last long enough to keep that incredibly thick smoke from entering my lungs.

Later on, after witnessing a ritual of washing and preparing the dead for cremation, I walked up the hill to stay away from the intensity of this place. Although I was surrounded by many rituals that I have seen for the first time in my life, the grief and pain of families were known to me. We are not much different from each other when we lose someone we love.

Sadhus at the Pashupatinath Temple

At the Pashupatinath Temple Complex

Cremation at the Pashupatinath Temple

At the Pashupatinath Temple

Wisdom Eyes and the Temples of Kathmandu

Lijiang – At the Base of the Himalayas

Beauty, Culture and History in Kyoto